Any fans of American television from the 1970s may recognize the words in the title of this post, for those who don’t, they’re lyrics from the theme song to the Wonder Woman TV series starring Lynda Carter. And as such, this post has something to do with Wonder Woman.

Or rather, the Wrap inspired by her.

You read that right: I have finished the Wonder Woman Wrap. She was actually bound off on the 14th, but I didn’t weave in the ends until the 24th, while catching up on two episodes of Ken Burns’ documentary The Vietnam War. 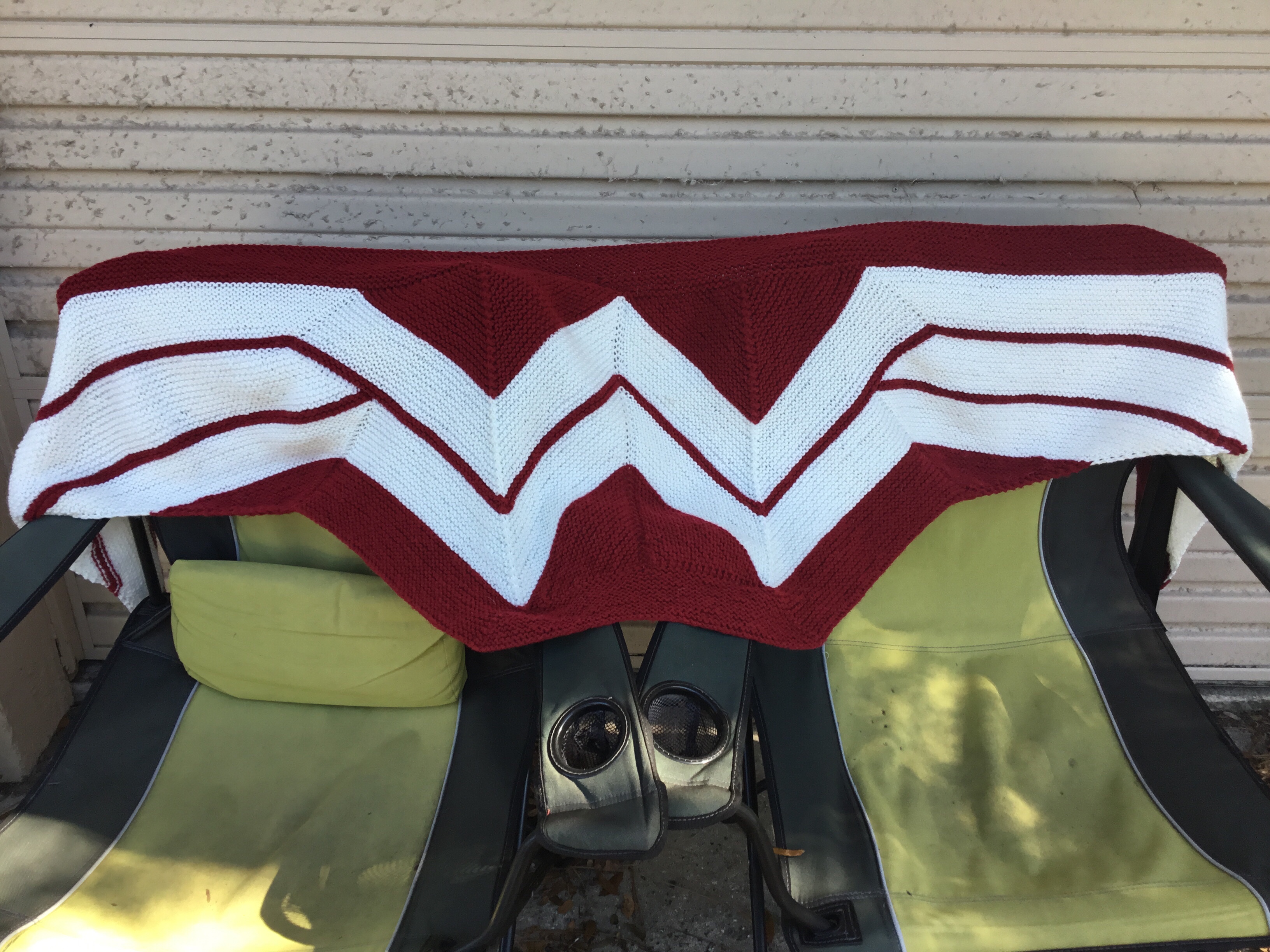 (Just so you know, those are shadows on the left side of the wrap, not stains.)

This was actually kind of a fun knit for me. I love how the designer was able to make something so complex and challenging in a stitch pattern so simple as garter stitch. And me? Unless it involves intarsia, I quite enjoy a challenging knit. Ms. Browning did an incredible job making it look like how it looks on Wonder Woman herself (color scheme notwithstanding). The pattern itself is available as a free Ravelry download and it took me just a couple of skeins each of Super Saver to complete. You may notice that the white stripe in the middle left side is slightly wider than the one on the right. This is because this section was required to be worked in purl garter stitch, and for some reason I purl looser than I knit (and I was not in the mood to change needle sizes partway through the project). As a result, the stripe is in a slightly looser gauge compared to the rest of the project, but not really enough to detract from the overall visual appeal, in my opinion.

And now, some shots of this wrap in action! 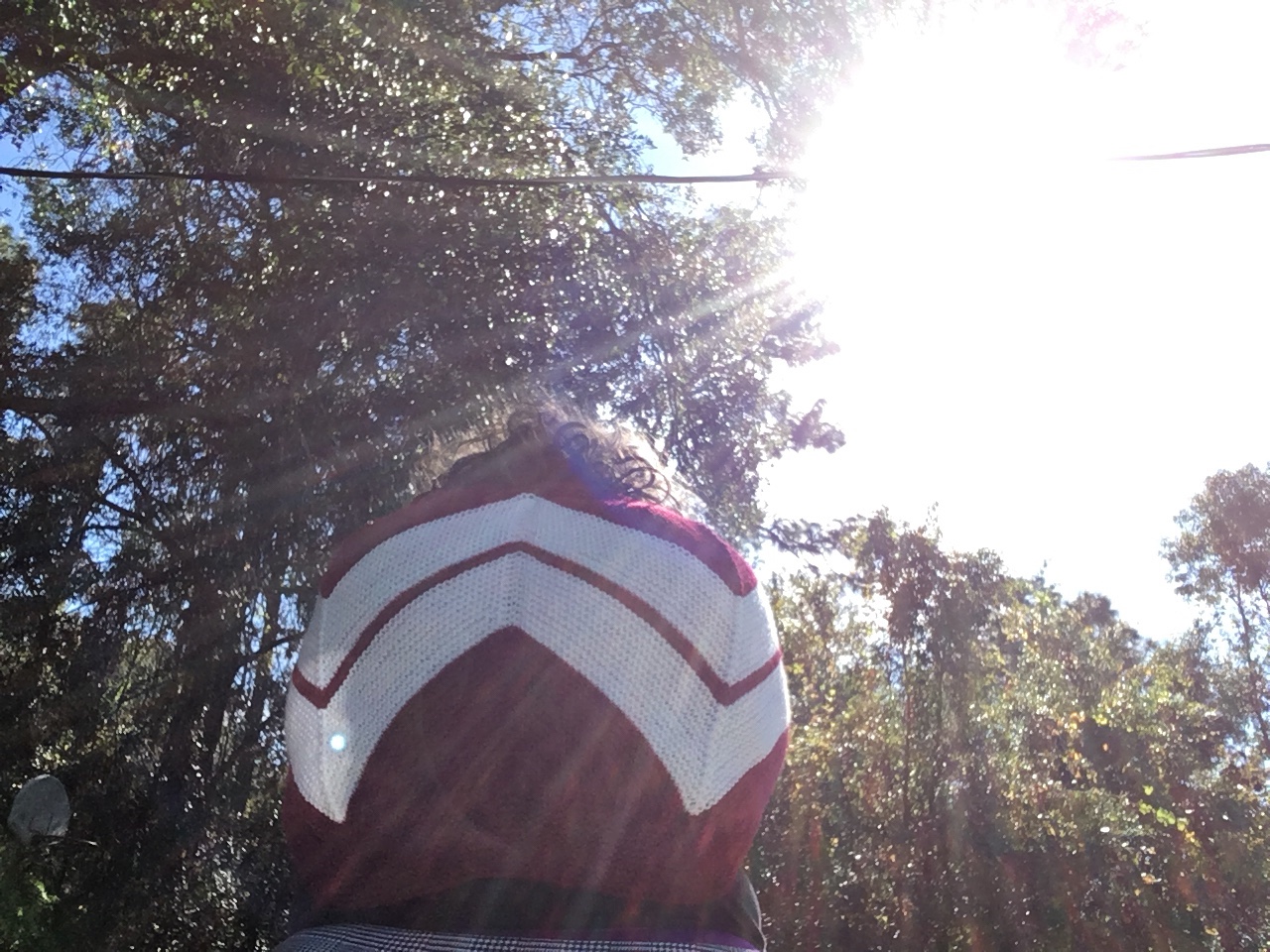 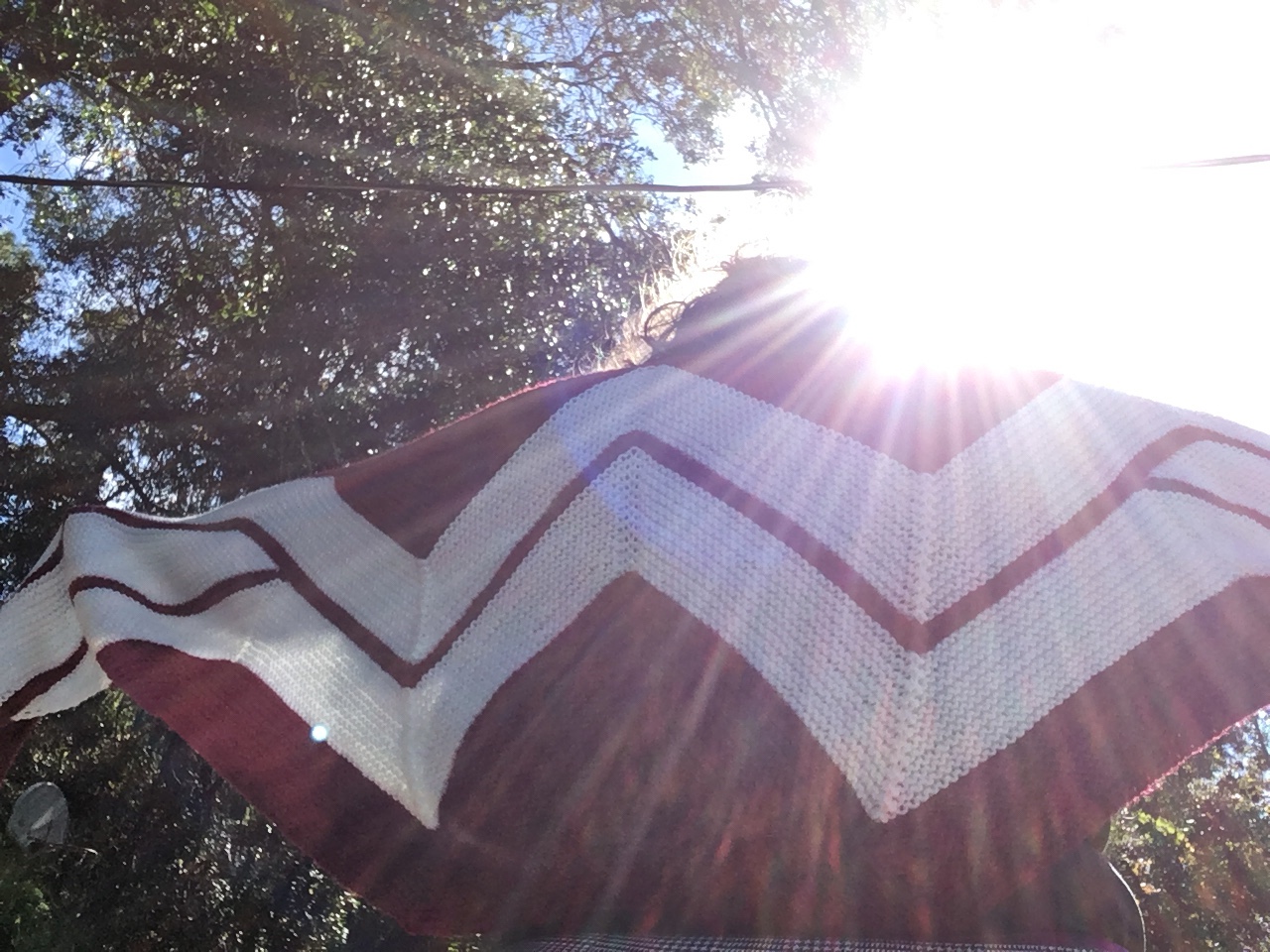 You try positioning an iPad on the hood of a Chrysler Sebring and trying to get just the right position in front of the selfie camera and doing it all within the 10-second timer!

I have to say, though, this wrap is very accommodating to plus-size figures like mine, and I think this is the first shaped shawl I’ve ever made that actually fits around me! 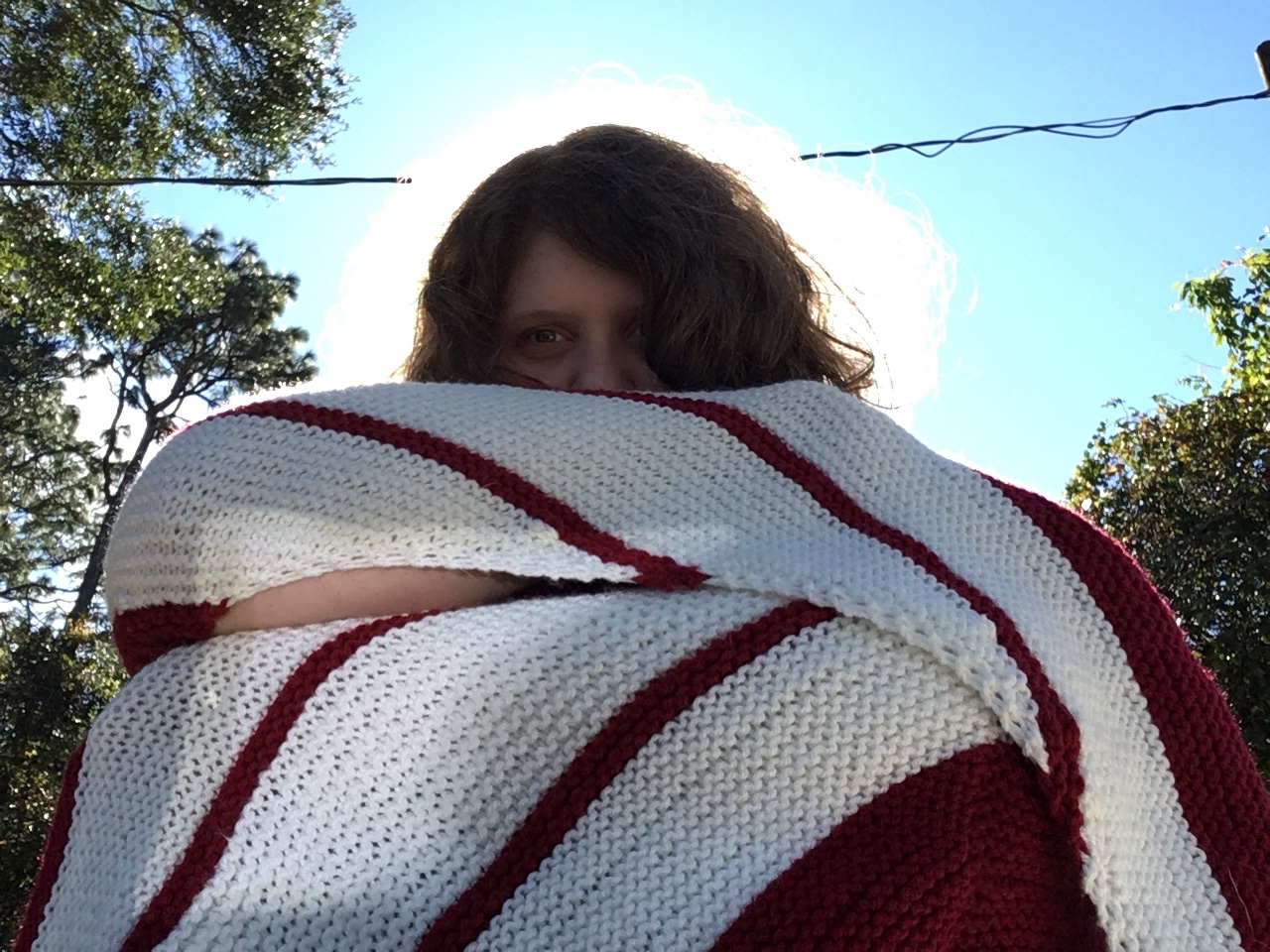 Apparently, not only am I Wonder Woman, but the sun ☀️ seems to think I may be deserving of a halo 😇.

But of course, I am a woman, and I am wondrous, aren’t I?

It fits! (Those last two shots were positioned with the iPad standing on the trunk of the Sebring, btw.)

I haven’t quite figured out my next knitting project yet…but I know I’ll figure something out eventually. And I still have the Virus shawl in progress.

Are you willing to unleash your inner Wonder Woman?

7 thoughts on “All the World is Waiting for You, and the Power You Possess”

My Most Recent Posts

On a quest to read all the things!

Philosophy is all about being curious, asking basic questions. And it can be fun!

Diary of an Aesthete

A Historian's Eye View of the World

Stories and photos from Scotland

All reviews are my honest opinion on books I've read by request or inclination. Whether purchased by me or provided by an author or a rep, all opinions are my own and I receive no compensation of any kind. My reviews may be revealing, but they will not spoil your enjoyment of the book.

a blog about my travels (so far..)

Recipes showing step by step directions with pictures and a printable recipe card.

Roxy Travels
One Chance to See the World

An Outrageous, Egregious, Preposterous, take on the legal issues of Seinfeld

Going on thirty, going back to college, working two jobs, why not start a blog too? Library Science student blogging about my college life and journey to become a librarian. I’ll also be sharing my reviews on books I’m reading in my personal life as well as for school. Happy Reading!

Keeping Up With The Penguins

Reviews For The Would-Be Booklover

Exploring What Captivates, Inspires, and Intrigues.

M-Space: The Blog Strikes Back

Books, Tea, Gaming, and the life of a geek

Adventures in life and knitting in a warm weather climate